10 Most Dangerous Science Experiments Ever Conducted 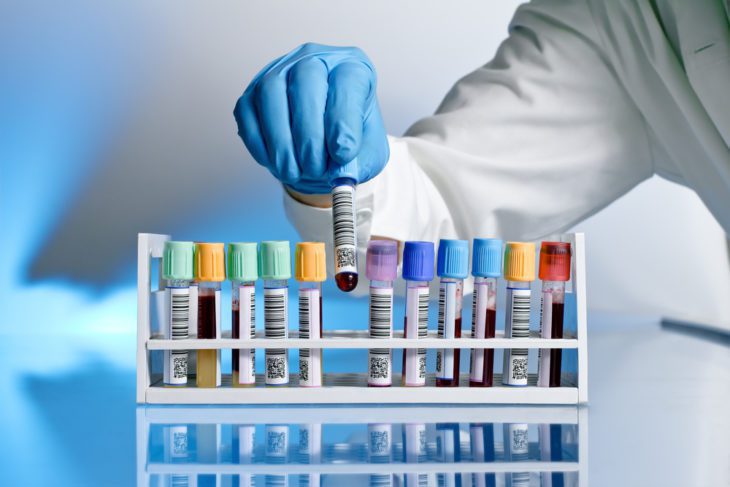 Science helped us have a better and more convenient life in countless ways. However, this powerful tool can destroy lives if not used appropriately. There were moments in history when it was used for politics in a dangerous way. In addition to this, science’s ambition of pushing boundaries of the things already known can cause heart-rending situations.

This list of such situations can be heartbreaking and helps us ponder how powerful and destructive science is when not used properly.

Thousands of concentration camps’ prisoners were used in the medical experiments conducted by Nazis. These experiments include hypothermia which is induced internationally, use of malaria to infect people, poisoning people, forced sterilization, usage of mustard gas to prisoners and many more.

The quintessential ”evil doctor” named Josef Mengel is the Nazi doctor to be blamed for such experiments. He gave particular attention and focus on twins, which are mostly Roma (Gypsy) and Jewish. Mengele, also known as the ”Angel of Death”, was accountable for abominations such as removing people’s organs without anesthesia, dismemberment, and injecting prisoners with lethal bacteria and others.

The infamous Mengele also used the eyes of killed victims, which he had collected for his heterochromia research and tried to prove the resistance of Roma and Jews to diseases through his experiments.

A secret research and development program carried out by the Japanese Army tolerated the gruesome experiments on individuals during World War II. Unit 731 was led by Shiro Ishii, their General in command, where almost 250,000 women, men and children experimented in pursuit of science. Most subjects used were prisoners of war from the Allies and Russia and Chinese victims.

Forced surgical operations include vivisections – the practice of cutting and operating live subjects without anesthesia, amputations of limbs, and the removal of internal organs such as liver, lungs, brain, etc. The subjects were subjected to forced pregnancies, biological warfare, frostbite testing, and weapon testing using flamethrowers and grenades.

Another dread US experiment that caused damage in the name of ”science”. In the year 1945 to 1956, about 1,500 people in Guatemala were intentionally infected with STDs, including gonorrhea and syphilis. Military conscripts, orphans, prisoners and prostitutes were the following subjects in this horrendous experiment. Researchers used unscrupulous techniques, infected prostitutes and injections to infect their subjects and accomplish their experiment.

An experiment by the Soviets that started last 1970s; this experiment desired to dig as deep as possible into the earth’s crust. In 1994, the Soviet successfully perforated a 12 kilometer hole into the Peninsula or Kola in the far northwest of Russia. This gave us scientific data, such as the discovery of the ancient fossils of the microscopic plankton from its 24 species.

Nothing contradictory happened, but concerns occurred about the abrupt production of seismic effects because of too much drilling or perhaps cracking the whole planet earth open.

As of today, the hole’s site from this experiment is closed.

READ: Plans To Do After stepping down as the CEO of Amazon

The first nuclear experiment made its way on this list. During the World War II, in dire need of the America to be in advantage during the war, they established the Manhattan Project. The Trinity Test happened, the ignition of the first nuclear weapon in the desert of New Mexico last 1945 of July 16.

doubters who questioned the bomb’s capability; some even wondered if the bomb would cause total destruction of living and nonliving organisms on earth.

A medical torture project was established in South Africa around 1971 and 1989. Their goal was to ”cure” the military conscripts’ homosexuality. The policy was conducted under apartheid, a system of legislation that maintained racist policies against non-white South Africans. This project involves coerced ”aversion therapy” treatments, including chemical castration and electric shocks for therapy. The army participated in this program allowed about 900 sex change surgical procedures.

Homosexuality at that time was considered a mental illness in the medical community. The professional Chief Psychiatrist in-charged of the project, Dr. Aubrey Levin, was charged with violating human rights and was later sentenced to prison by the international organizations.

This scientific instrument in Switzerland is known as the most sophisticated and largest machine in the world. It was created to study and explore more about particle physics. However, this machine gave rise to the fear of the public. It is also blamed for pulling asteroids to the earth as well as causing earthquakes.

Although such conspiracy theories about the LHC have been disproven, it was accused of having the potential to create black holes which could swallow the earth. This possibility was not completely disregarded by the organization named CERN that runs the collider.

CERN said that LHC isn’t dangerous but acknowledged its possibility to create some black hole.

Almost half of the population in Europe was killed when plaque wandered around. Around 100 million people were eliminated in 13th and 14th century thus reducing the world population. In the year 1980s, it was discovered in the research program about biological warfare of Soviet Union the way on using plague as a weapon by launching it in the missile warheads to enemies. Aside from the plague, defectors revealed that there are tons of smallpox and hundreds of loads of anthrax in the bio-weapon program of the Soviet.

About 399 African American syphilis patients residing in rural Alabama were denied treatment in the year 1932-1972 due to the so called study funded by the government. Despite the discovery in the year 1947 that penicillin is effective against the said disease, doctors still blamed the ”bad blood” of patients and didn’t inform that patients directly died from syphilis.

The U.S. Public Health Service conducted this experiment to study and discover the natural progress and effects of syphilis is left untreated. A number of 100 patients died due to related complications, while 28 patients directly died from syphilis

The legendary attempt of CIA to master mind control is known as the Project MKUltra. It started in 1950s up until 1966. Under this program, subjects, mostly unwilling, received drugs such as LSD, which is a great hallucinogen. They were deprived of senses and sleep and experienced sexual abuse, hypnosis and other psychological torture that no one would want to experience.

Creation of mind-controlling drugs and research about chemical weapons to defeat the Soviets are the project’s goals.