The Top 10 Most Valuable Toys From Your Childhood 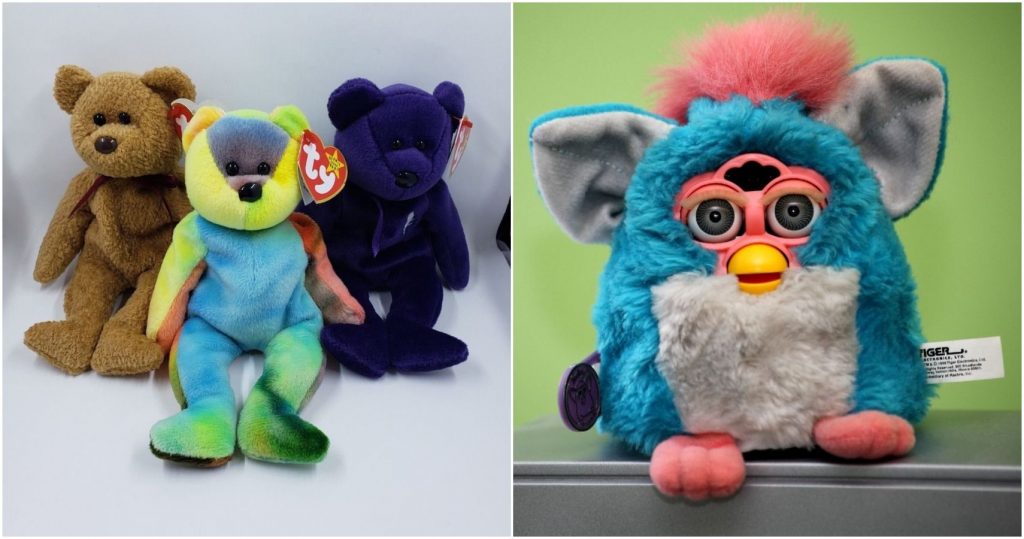 Top 10 Most Valuable Toys Of All Time

Ever wondered what the most valuable toys from your childhood are worth today?

If it’s time for a spring clean, then be careful not to throw out any of the toys that could be worth a fortune!

Like many things from the past, certain items can become more valuable than their original purchase price as time goes on.

With toys, this is due to things like whether it was owned by anyone significant or if it’s an original or first edition.

Condition and packaging also play a big part in valuing a toy, so hopefully, if you do have any toys of value, you’ve kept them in pristine condition in the box!

To give you an idea of what some of your toys could be worth, we’ve put together a list of the 10 most valuable toys from your childhood.

The Top 10 Most Valuable Toys From Your Childhood

The list of toys and figures mentioned below have been compiled from various sources around the web, such as Ice Pop, Eighties Kids & Near Far Travel.

These are the top 10 most valuable toys from your childhood:

Kicking off our list of the most valuable toys from your childhood, are Barbies. Yes, that’s right… Barbies!

As you’ll probably know, there are hundreds of different Barbie variations to choose from, however, there are some that are worth far more than others.

For example, if you happen to have a vintage 1959 blonde Barbie, wearing a black and white swimsuit and high heels, lying around, then you could easily be sitting on as much as $23,000.

That’s how much the last limited edition doll sold for at auction – which is also the largest amount this doll has ever sold for so far!

We all love a good book, right? Well, depending on the copy and its condition, some books are worth an absolute fortune.

Take “Where the Wild Things Are”, for example.

If you find yourself with a first edition copy, then you’re looking at being able to sell it at auction for somewhere in the region of $25,000.

In 2012, a first edition 1963 signed copy was sold on AbeBooks.com for the above-mentioned figure.

What’s even more mind-blowing, is that it’s pretty much just a picture book, containing only a few words per page!

However, to actually achieve that price, the book was in pristine condition and had barely been used.

READ ALSO: The Top 10 Heaviest Animals in the World

Like with a lot of popular movie franchises, some of the merchandise that goes with it can become extremely valuable as the years go by.

The Star Wars franchise is one of the best examples of this.

Action figures that date back to the 1970s & 80s can be worth an absolute fortune, especially if they’re in their original packaging.

The action figure was part of his insane Star Wars collection, which was also sold for a total of $500,000 in a Sotheby’s auction.

If you’re into your video games, then you’ll probably know a thing or two about the Atari 2600 games console, which was released in 1977.

It’s well known that this was widely regarded as one of the worst games consoles of all time, however, if you did have one, and managed to hold on to some of the cartridges, then you might just be sitting on a goldmine.

If you have a game called “Air Raid” in your collection, then this is perceived to be the most expensive Atari game on the planet.

Originally created in Japan in 1966, Pokémon trading cards became an overnight success and millions of cards were sold worldwide.

Today, some of these cards, as long as they’re in mint condition, can sell for insane figures.

One such example is the Japanese-version Pikachu illustrator card, which has been known to sell on eBay for $100,000.

So, if you’ve managed to hang onto your Pokémon card collection, then it’s time to get it valued.

You might be shocked to find out just how much some of your cards could be worth and how they could be one of the most valuable toys from your childhood.

Coming in at number five on our list of the most valuable toys from your childhood, are Hot Wheels!

American toy manufacturer, Mattel, first introduced Hot Wheels onto the toy scene in 1968, as a primary competitor of Matchbox.

Most Hot Wheels toys aren’t considered to be worth very much, perhaps $1 – $2 each, however, there are some older and rarer models that are extremely valuable.

For example, the Volkswagen Beach Bomb, a prototype created in 1969 that never actually made it into production, sold for an impressive $125,000 in 2011.

However, don’t get your hopes up on finding one, as only one was ever made as it was deemed unsuitable for production.

The original version of this classic board game, Monopoly, takes the fourth spot on our list of the most valuable toys from your childhood.

Vintage board games like this one have been enjoyed by many families around the world for years, and their popularity continues to grow.

Monopoly is no exception to the rule, often being brought out to play during the Christmas season, as the preferred game of choice.

However, unless you have an original hand-drawn and painted version, then you’re not going to make any real money from the game any time soon.

The creator himself, Charles Darrow, sold his hand-drawn and painted oil-cloth version, believed to be made in 1933, at auction for a whopping $146,500, twice what it was expected to achieve!

This toy became so popular that it managed to build a worldwide fan base and now has its own annual convention.

Hasbro released the G.I. Joe Action Figure into stores worldwide in 1964, and it quickly became one of the most popular toys ever!

With that in mind, some G.I Joe collectable action figures and accessories, have sold for sums like $17,500, for The Missile Command Centre, and $10,000 for other figures in the series.

I bet you wish you held onto yours now, don’t you!

We all know that Baseball cards are super popular, and lot’s of people enjoy collecting, trading and selling them.

They’re also one of those things that seem to just keep getting more and more valuable as time goes on.

Well, if you were lucky enough to find yourself with an original “Honus Wagner” Baseball card in your collection, then you’d be a multi-millionaire by now if you sold it!

Considered to be the “Holy Grail” of Baseball cards, an original “Honus Wagner” card sold at auction, in 2007, for an eye-watering $2.8 million, and is the second most valuable toy from your childhood.

MOST RELATED: Top 10 Most Powerful Muslim Female Athletes Of All Time

The most valuable toys from your childhood are Comic books.

What was once sold at 10 cents a copy, some of the rarest comic book in the world now fetch millions of dollars if they’re in good condition?

“Action Comics 1”, which is the issue that first introduced Super Man to the world, is one of the most expensive comics in the world.

There were only 50 issues printed, making it incredibly rare, and particularly appealing to collectors.

In 2014, one copy sold for $3.2 million at auction and was considered to be the finest quality copy in the world.

We hope you enjoyed our list of the 10 most valuable toys from your childhood.

Crazy money! But that fact doesn’t lie, and if someone’s willing to buy it, then so be it!

So, what are you waiting for, go and have a quick look around your house and see if you’ve got any old toys that could be worth a fortune!

Here’s a quick rundown of the top 10 most valuable toys from your childhood.