The Top 10 Biggest Concerts of All Time

Top 10 Biggest Concerts in The World Ever

Music concerts are to the music business what movie theatres are to the film business. There’s no better way to connect and experience your favourite singers than to see them perform live on stage. Most concerts take place within arenas or stadiums, which heavily limit the reachable attendance to a few tens of thousands. Sometimes, usually for very special occasions, concerts are open-air, however. Hundreds of thousands attend those on average. But there have been a few concerts in history that even attracted millions of attendees. The following shows you the top 10 of the officially confirmed highest-attended concerts of all time, worldwide. 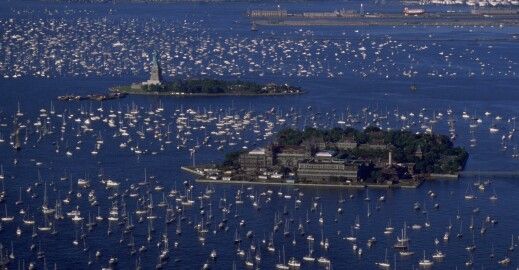 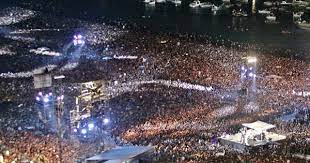 Attended by ~ 1.0 million people each Attended by ~ 1.5 million people each

From 1980 to 1996, the Monsters of Rock music festival was an annual festival of heavy metal and rock music. It featured some of the most prominent names in heavy metal and rock music today. Although the festival was originally held in England, it spread to other countries. The largest show was held in Moscow on September 28, 1991. It took place during the turmoil of the collapsed Soviet Union’s political system. A distraction perhaps, about 1.6 million Moscovites ran to Tushino Airfield, Northern Moscow, to see live performances by bands such as AC/DC, Metallica, and Pantera. Three months later, the Soviet Union collapsed and Moscow was made the capital of the newly formed Russian Federation.

Paris’ La Defense district is most well-known as a business area. Jean-Michel Jarre made it a major concert venue on July 14, 1990. July 14th is France’s national holiday, Bastille Day. Every year, a concert is held in memory of the 18th century French revolution. Jean-Michel Jarre, who once again made the Bastille Day concert the 4th largest in history, took it one step further. The free concert attracted around 2 million Parisians and tourists.

It was Jorge Ben Jor, a Brazilian singer, who broke the 3,000,000 attendance mark, breaking it a year later at exactly the same location for the exact exact same occasion. This set the record for the most attended concert of all time. On New Year’s Eve 1993/1994, Ben Jor gave a free concert at Copacabana Beach to 3 million Brazilians.

Not only is Moscow one of the largest cities in the world, it’s also quite old. The city celebrated its 850th birthday in 1997. The city held a week-long celebration to mark this occasion. The concert of a French performance artist and composer, September 6, 1997 was the absolute highlight. The French performer was seen by 3.5 million Moscovites. He was the only non Russian artist to be invited to the city’s birthday celebrations, but he ended up being the most watched artist throughout the week. 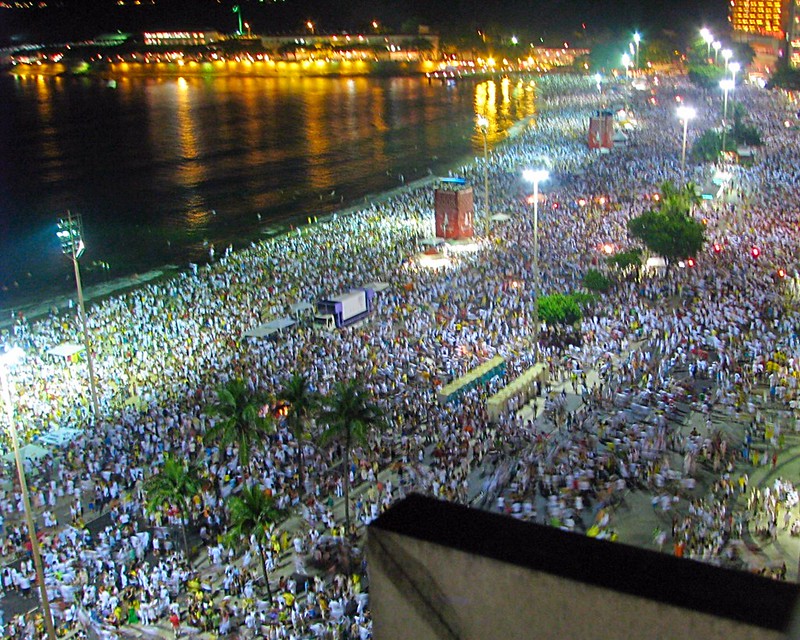 Most likely, the most well-known beach in the world is the Copacabana beach in Rio de Janeiro’s Copacabana region. Many songs and stories were written about this 4 km (2.5 mile) long beach and its promenade. Copacabana beach proved to be a great concert venue. On New Year’s Eve 1994/1995, Rod Stewart, a British rock star, proved this better than anyone. The free New Year’s Eve concert he hosted at his home attracted slightly more than 3.5million people, making it the largest concert of its kind.