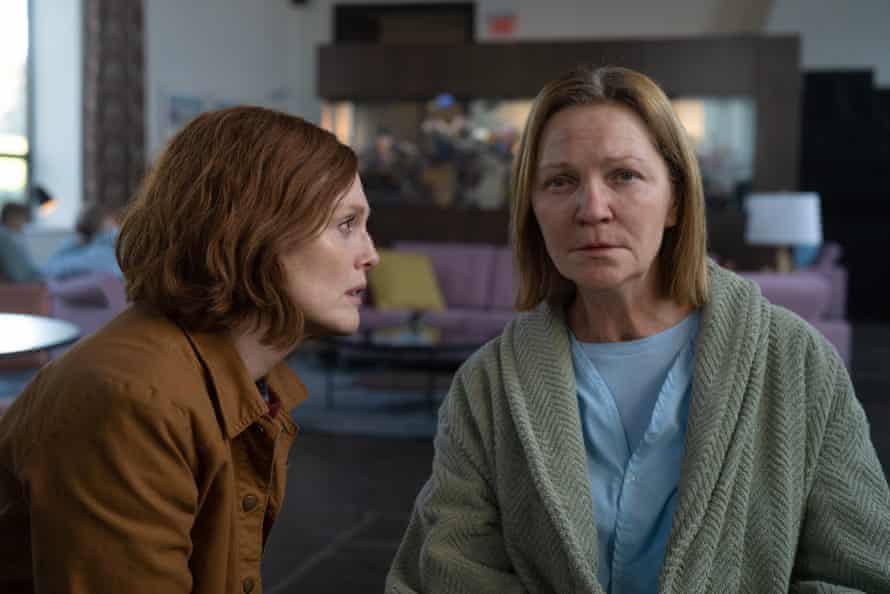 A most intriguing allegorical film about conformity, art, etc. and Joan Allen is one of the core players whose transformation moves the film. She is so perfect as both the sitcom mom of the ’50s and the “liberated” woman determined to meet her potential. The character also reflects the real Joan in that she grew up in a conservative, small town in Illinois and was liberated by the theatre, where, being shy, she felt she could express herself – particularly with the Steppenwolf Theatre.

GREAT PERFORMANCES YOU MAY NOT HAVE SEEN:

Just as she uncannily channelled the First Lady Pat in the film “Nixon,” Joan Allen can completely disappear in a role. Though she started off with more than her share of wife and mom roles, her classic looks and ability have moved her into self-actualized women such as the CIA tough chief in two of the “Bourne” series.

Allen uses an already mesmerizing voice and adds tricks of intonations. Even when she is screaming, there is a soft tenderness in her voice. She also uses the “under your breath” trick, sometimes with a killer glare. Though her stare is usually a long-suffering sad stare.

> Trying to explain to William H. Macy how things have changed
> Heart to heart with Tobey Maguire

> In both movies, where Joan is talking to Matt Damon on the phone and he is watching her.
> Arguing with Brian Cox about Threadstone
> Opening scene of her operation going bad<

> Explaining her position to Jeff Bridges as President

> Explaining her position to her husband, Dick Nixon, running for President 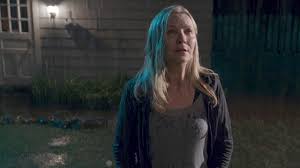 Joan Allen was born on August 20, 1956, in Rochelle, Illinois. In 1986, Joan Allen was listed as one of twelve Promising New Actors in John Willis’ Screen World, Vol. 38.

Peter Friedman and Joan Allen were married in January 1990. They have one child together. Peter Friedman has been in PAYCHECK and SINGLE WHITE FEMALE.

Her Broadway debut, BURN THIS, earned Joan Allen a Tony, in 1989, for her performance.

In 2005, Joan Allen took on a new role, She became the producer for the movie PUSHERS NEEDED, in this movie she will also have an acting role.