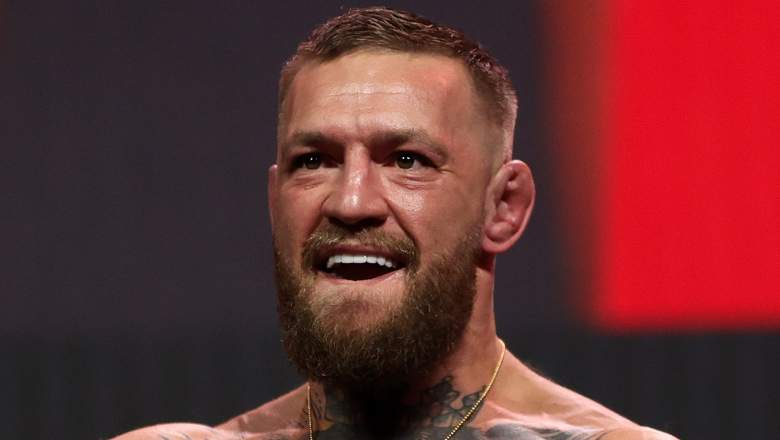 The response from the Irishman came after ex-simultaneous two-division champion Henry Cejudo took his frustration out on “Notorious.”

Cejudo, who retired in May 2020, had held both the bantamweight and flyweight titles, and he has a dream of becoming the promotion’s first-ever three-division UFC champion. After Max Holloway was forced out of his trilogy bout with 145-pound king Alexander Volkanovski, “Triple C” threw his name into the hat as a potential replacement. UFC president Dana White decided to go another route, however, granting “The Korean Zombie,” Chan Sung Jung, the title fight against Volkanovski at UFC 273 in April.

White gave his take at the UFC Vegas 46 post-fight presser on Saturday night about Cejudo campaigning for the featherweight championship bout, saying: “Isn’t that guy retired? He’s retired, isn’t he? The last time I saw him, he was retired. And now he’s mad that he didn’t get a title shot? That doesn’t even make sense. In a different weight class?”

One fact that Triple C has run with is that the UFC granted Georges St-Pierre an instant-title fight after being retired for four years. White was also asked about that situation versus Cejudo’s.

“Yeah, so I should have jumped over everybody and given it to him because last week he decided he’s not retired?” White questioned. “Come on, man. This is a silly conversation. Silly. If he wants to come back and try to win the title again in his weight class and then talk about moving up or doing something else, but you don’t just f****** pop up and start calling somebody names and think that you’re going to get a title shot in a different weight class when you’ve been retired for what, two, two-and-a-half years?”

Shortly after the post-fight press conference, Cejudo responded to White’s comment with a jab at McGregor, citing the time when McGregor struck an older man at a pub.

“Dana, I needed a break,” Cejudo tweeted. “Honestly, it was getting boring beating up TJ Pillashaw in under a minute and Dominick Snooze in 2. I got married, had a kid and am now rejuvenated. I wanna be 4C. If I beat up an old guy at a bar and learn how to Riverdance will you give me a shot?”

And of course, Triple C had to get a response in, sharing a photo of himself kneeing Dominick Cruz, who he defeated in May 2020 to defend his bantamweight title, and compared it to when McGregor was submitted by Khabib Nurmagomedov in 2018, writing “Double Chump, Double Champ.” See the tweet below:

“What do you know about farting?” Cejudo also tweeted. “You always run out of gas.”

McGregor is the UFC’s first-ever simultaneous two-division UFC champion, holding both the lightweight and featherweight belts.