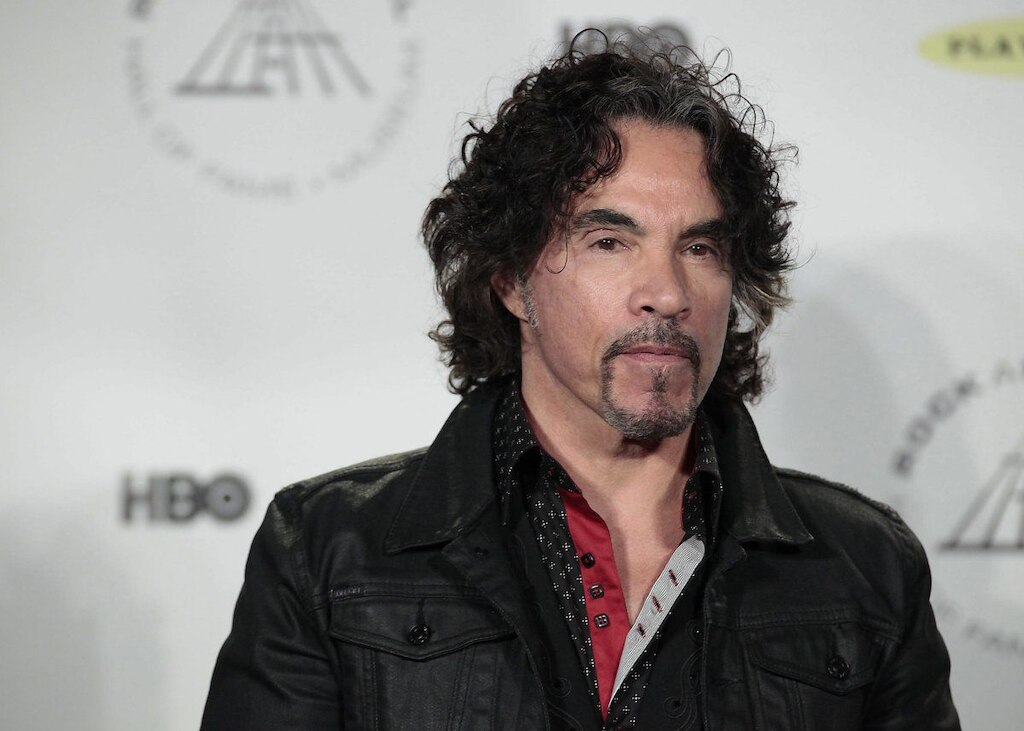 John Oates is an American rock, soul guitarist, and singer.

Oates is best known as half of the rock and soul duo, Hall & Oates. He has co-written many of their top songs such as ‘Sara Smile,’ ‘She’s Gone,’ and ‘Out of Touch.’ As well as ‘You Make My Dreams,’ ‘I Can’t Go for That,’ ‘Maneater,’ and ‘Adult Education.

His mother, Ann De Palma, was an Italian immigrant from Salerno. His father was born to an English father and Gibraltarian mother, who claimed Moroccan heritage.

Oates attended North Penn High School and was co-captain of the 1965-66 wrestling team his senior year and was Section 2 champion in the 127 lb weight class. Oates turned down wrestling scholarships and opted to attend Temple University.

In 1966, Oates recorded his first single, ‘I Need Your Love.’ After

graduating, he enrolled in Temple University in Philadelphia, where he met Daryl Hall, a senior at Temple who was also a professional musician.

The two then formed the duo Hall & Oates.

In 1972, they signed with Atlantic Records. They have sold over 80 million units worldwide, making them arguably the most successful duo in pop-rock history.

Oates took part along with Jamie Cullum in the song ‘Greatest Mistake.’ The song appears on the album ‘White People’ in 2004. His second solo album, ‘1000 Miles of Life,’ was released in 2008.

Oates then dropped an album with his new band, ‘The Good Road Band’ in 2018. He commented that the album connects back to his pre-Hatt & Oates music interest of traditional delta, country blues, and ragtime.

He has used many instruments and effects throughout his musical career and endorses several manufactures and brands. Some of the companies endorsed by Oates include Taylor Guitars and Voyage-Air Guitars.

How Does John Oates Spend His Money?

John Oates spends some of his money on real estate and charity work.

In 2016, Oates purchased $2.21 million for a home in Nashville that was at one time owned by Taylor Swift. The 1920s Tudor home is located in a historic and exclusive

Here are some of the best highlights of John Oates’ career:

“I didn’t come to Nashville to put on a cowboy hat and pretend to be a country singer. My attraction to Nashville as Music City is the variety and flexibility: the fact that there’s so many musicians at your disposal, so many amazing studios and talented people that you can draw from.” – John Oates

“Jam Cruise is actually a comfortable place for me. My jamming skills and my improvisational skills have improved immensely as I’ve gone more solo because I’ve had this opportunity.” – John Oates

“The key, I think, from a business point of view, is to learn how to be efficient in making a record that’s not too expensive, so that you’re not going crazy spending tons of money-making a product that might not ever return that money.” – John Oates

transcended the regional boundaries of our country and united a youth culture that eventually spread its message throughout the entire world.” – John Oates

“I don’t care if it’s a Cole Porter song, or George Gershwin, or Lennon/McCartney, or Elton John, or you know, whoever, Bob Dylan. Great songs are great songs, and they stand the test of time, and they can be interpreted and recorded with many points of view, but yet still retain the essence of what makes them good songs.” – John Oates

Now that you know all about John Oates’ net worth and how he achieved success; let’s take a look at some of the lessons we can learn from him:

It’s the music that brings us together.

You have to know when to strike and when to retreat.

If you look over the years, the styles have changed – the clothes, the hair, the production, the approach to the songs. The icing to the cake has changed flavors. But if you really look at the cake itself, it’s really the same.

John Oates is an American rock, soul guitarist, and musician.

Oates is best known as a member of the music duo Hall and Oates. With Hall and Oates, he has sold 40 million records internationally and