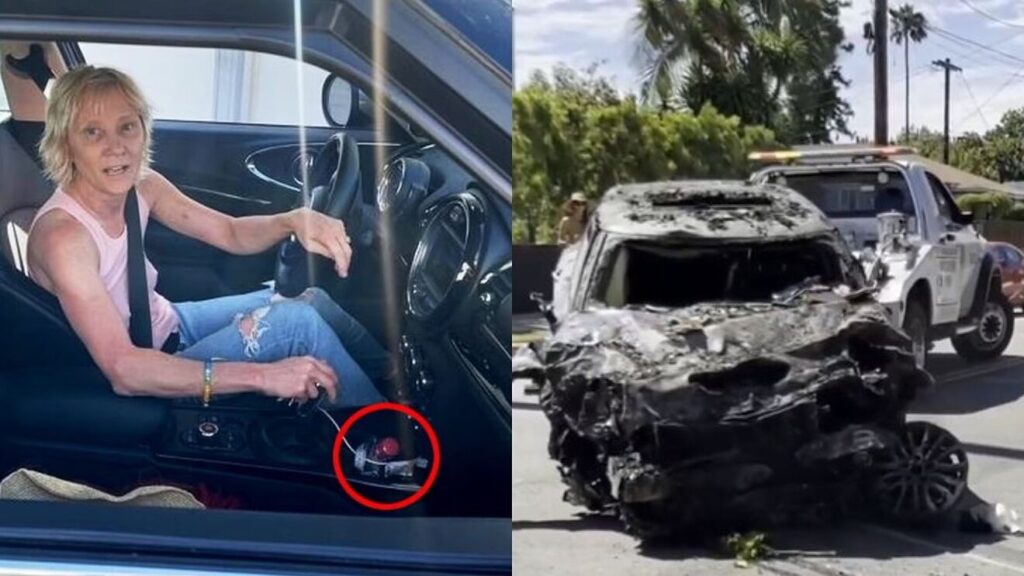 Actor Anne Heche dies a week after a car crash

The US actor Anne Heche died, a week after she was critically injured in a car crash.

The news was confirmed by a representative for her family to the US online media outlet TMZ, who said in a statement: “We have lost a bright light, a kind and most joyful soul, a loving mother, and a loyal friend.

“Anne will be deeply missed but she lives on through her beautiful sons, her iconic body of work, and her passionate advocacy. Her bravery for always standing in her truth, spreading her message of love and acceptance, will continue to have a lasting impact.”

On Friday afternoon representatives for Heche, 53, confirmed she was “brain dead”, which under California law is the definition of death. It was announced earlier in the day Heche would be taken off of life support. It is understood her heartbeat was being maintained in case an appropriate organ donation could take place.

On Friday evening, Heche’s eldest son, Homer, 20, released a statement on behalf of himself and his half-brother, Atlas, 13.

“My brother Atlas and I lost our Mom,” he told People. “After six days of almost unbelievable emotional swings, I am left with a deep, wordless sadness. Hopefully, my mom is free from pain and beginning to explore what I like to imagine as her eternal freedom.”

He added, “Over those six days, thousands of friends, family, and fans made their hearts known to me. I am grateful for their love, as I am for the support of my Dad, Coley, and my stepmom Alexi who continue to be my rock during this time.”

“Rest In Peace Mom, I love you,” Homer Heche concluded.

Earlier on Friday a friend of the actor, Nancy Davis, wrote on Instagram: “Heaven has a new Angel. My loving, kind, fun, endearing, and beautiful friend @anneheche went to heaven. I will miss her terribly and cherish all the beautiful memories we have shared.

“Anne was always the kindest, most thoughtful person who always brought out the best in me … My heart is broken.”

Heche’s former partner, Ellen DeGeneres, wrote on Twitter: “This is a sad day. I’m sending Anne’s children, family, and friends all of my love.”

“Rest in Peace now Anne,” tweeted the actor Patricia Arquette. “Anne Heche was a wildly talented actress who endured more horror than anyone should have to,” added the respected film historian Mark Harris on Twitter. Harris linked to a 2009 profile of the actor, which detailed her traumatic childhood. “She deserves to be remembered with compassion.”

Many had hoped Heche would make a recovery after a publicist for the actor reported her in a “stable” condition after crashing her car into a house in Los Angeles on 5 August. Firefighters said she had been speaking to them as she was cut free of the wreckage and taken to the hospital.

But the actor shortly afterward lost consciousness and on 8 August representatives posted an update, saying Heche was in an “extremely critical condition” and had slipped into a coma. On Friday, her family said in a statement that she was not expected to survive and that she was being kept on life support to determine if her organs could be donated.

Heche, an actor of sharp intelligence, rose to prominence in the early 1990s, playing twins on the soap Another World, and with film roles, including as Catherine Keener’s best friend in Nicole Holofcener’s debut feature, Walking and Talking.

Her first major role was as Johnny Depp’s girlfriend in the gangster drama Donnie Brasco (1997). In the same year, she was cast in other enduring titles: political satire Wag the Dog, disaster movie Volcano, and slasher classic I Know What You Did Last Summer.

Also in that same year, Heche began a high-profile relationship with sitcom star and talk show host Ellen DeGeneres, shortly after the comedian came out as gay. The couple was together for three years; Heche spoke of her gratitude to Harrison Ford who continued with production on the romance Six Days, Seven Nights, despite the homophobic backlash to Heche’s real-life relationship.

In 1998, she starred as Marion Crane in Gus van Sant’s revisionist, shot-for-shot remake of Hitchcock’s Psycho, then averaged a film a year for the following decade, choosing creatively ambitious projects to juggle with parenting responsibilities.

Recent key film roles include the mother of serial killer Jeffrey Dahmer in a 2017 biopic, and as an enraged artist opposite Sandra Oh in the acclaimed 2016 black comedy Catfight. Reviewing that film, the Guardian’s Benjamin Lee called it “a rare comedy with something to say and a uniquely ambitious structure that reaches far beyond its limited budget.

“Both of the leads are excellent, with Heche, in particular, proving to be a welcome presence on the big screen, allowed to inhabit more than just a supporting character.”

She was also a contestant on the 2020 season of the US show Dancing with the Stars.

In 2001, Heche published a memoir, Call Me Crazy, which detailed her turbulent upbringing as the youngest of five children in a family that moved 11 times during her childhood.

When Heche was 13, her father died of Aids, which she said he contracted from same-sex partners. Heche also claimed that her father repeatedly raped her as a child, leading to her contracting genital herpes when young. Other members of her family disputed the claim.

Three months after their father died, Heche’s brother, Nathan, died in a car crash, which his sister claimed was suicide. Heche became estranged from her mother soon after.

In 2000, according to reports, Heche drove to the desert and walked some distance to a stranger’s ranch where she asked to take a shower and then settled in the living room to watch a film.

The occupant of the house called the local sheriff after Heche showed no sign of leaving; the actor was briefly admitted to a psychiatric unit and admitted that she had taken ecstasy. In her book, Heche says she was “insane” for the first 31 years of her life owing to the abuse she said she had suffered at the hands of her father.

Promoting the memoir, Heche said that in the past she would retreat for security into an alter ego: Christ’s half-sister who had contact with extraterrestrial life forms.

In 2001, Heche married cameraman Coleman Laffoon, with whom she had Homer. The marriage ended in divorce and in 2009, Heche had another son, Atlas, with James Tupper, her Men in Trees co-star.

Floyd Mayweather Jr. Says He’s Spoked to NBA ‘Behind the Scenes’ About Acquiring An Team