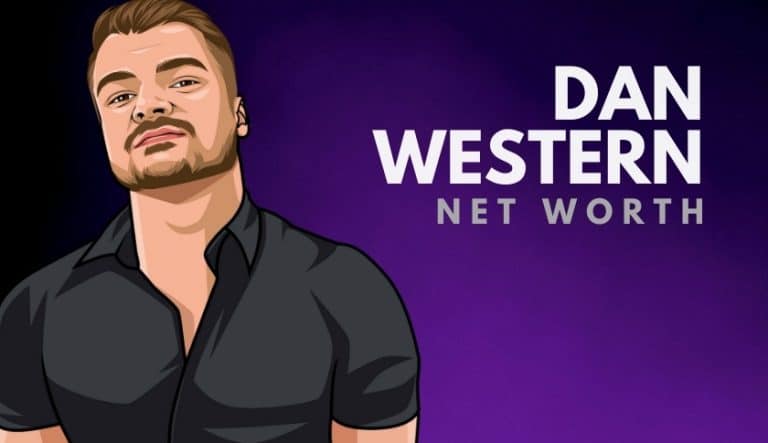 Who is The Owner of Wealthygorilla.com and His Net Worth?

What is Dan Western’s net worth?

Dan Western is a British entrepreneur, blogger, and investor.

He is best known as the founder of Wealthy Gorilla, one of the world’s most popular motivational blogs which has reached over 210 million pageviews worldwide.

Daniel George Western was born on the 25th of January 1995, in Ipswich, England. His father Nigel is a farmer, and his mother worked in retail. Western also has a younger brother, Joseph.

Dan attended Thomas Mills High School in Framlingham, a small town in Suffolk, where he became highly interested in business, maths, and art/design.

As a teenager, he found a passion for technology and internet-based hustles to earn a small income outside of school. Western earned that income through eBay businesses, and dropshipping, before eventually looking into blogging at the age of 17.

Whilst finishing his A-levels, Dan also worked on a duck farm a few minutes down the road from his house on the weekends. He would wake up a 5 am to start work on the farm.

After finishing high school and A-levels, Western worked at Thompson & Morgan, a plant and seed company in Ipswich. It was during this time, in which he decided to create Wealthy Gorilla.

Dan became obsessed with self-development, motivation, and success, which led him to start WealthyGorilla.com as a way of sharing inspiring stories and documenting his journey.

In 2015, Western quit his full-time job to travel South-East Asia, whilst attempting to build the business.

In 2017, Wealthy Gorilla was making an income large enough for Western to live off, and he traveled back to Asia, settling in Bali for a while.

By 2018, Wealthy Gorilla was reaching 5 million pageviews consistently on a monthly basis.

In 2019, Wealthy Gorilla Limited acquired JackedGorilla.com, and the year after, Western launched GamingGorilla.com.

To date, the blogs owned by the Wealthy Gorilla Limited company have been viewed over 210 million times, and have reached just over 1% of the world’s population.

Here are some of the best highlights from Dan Western’s career:

“I’d already seen what life could be like, and that made it so much easier to just put the work in, and get it done.” – Dan Western

“Nothing you ever create should be perfect, because that means you spent way too long sitting on it before you pulled the trigger.” – Dan Western

Now that you know all about Dan Western’s net worth, and how he achieved success, let’s take a look at some of the lessons we can learn from him:

1. What Are You Waiting For?

The longer you wait to get started, the more opportunity you’re missing out on and the harder it will become to climb the ladder.

It’s very easy to let people talk you out of your goals, dreams, and ambitions. If you let the external dialogue seep in, you’ll give up faster than you ever thought you would. Not everybody’s intentions for your own life are good, and even if they are, your ideas are often misunderstood.

Things snowball over time. This is the natural curve of success. However, you cannot get there without patience and success.

Dan Western has become an inspiration for many looking to make it in the online game. After creating Wealthy Gorilla from scratch at the age of 19, to having it valued at 7-figures by age 26.